On March 21, Alex celebrated his 8th birthday! He really got interested in pirates and asked for a pirate party where he could dress up with his friends. I know...I know! Pirates were/are not nice people. BUT, this whole interest was used for a great study on pirate history and the recent situation that was in the news. Once Alex learned about what pirating really is, he had quite a new perspective...and we even got to the root of why he thought he liked them so much-because they fight with swords! He was just excited because it hit that man nerve in him...the one God put in him...to conquer, to protect-to be part of something bigger than himself! He craves adventure and with diligent training, he is going to participate in the greatest adventure of life! 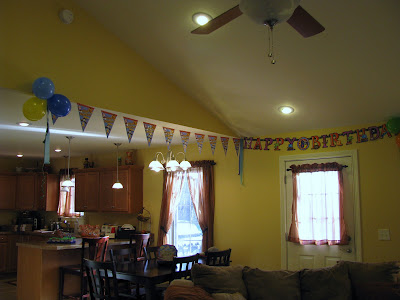 We had yummy cake... 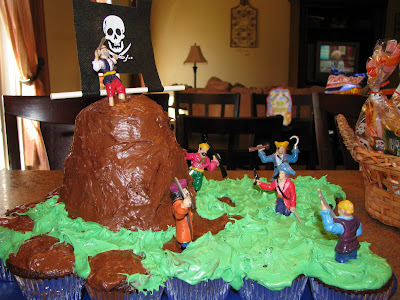 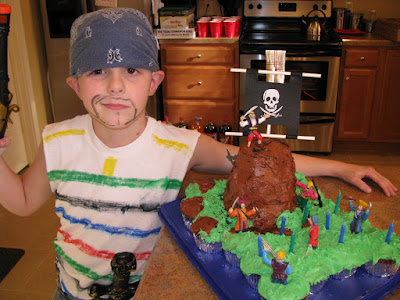 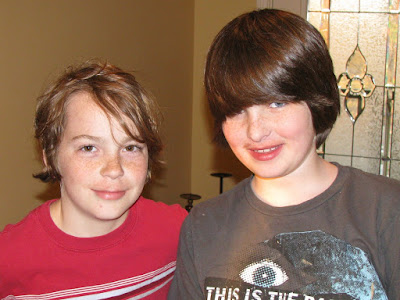 Noah and Joel-who felt a little too mature to dress up. 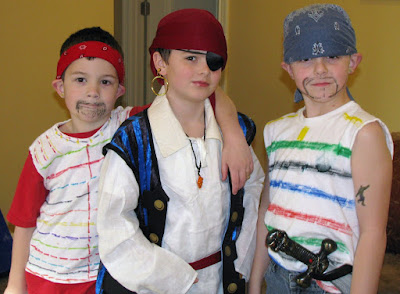 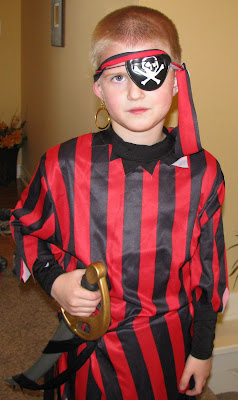 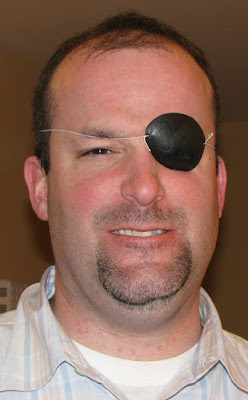 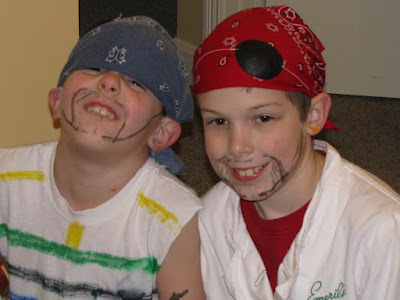 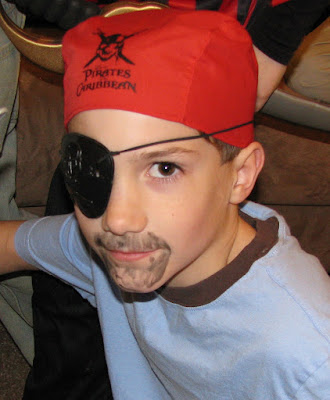 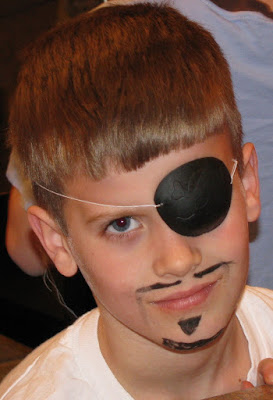 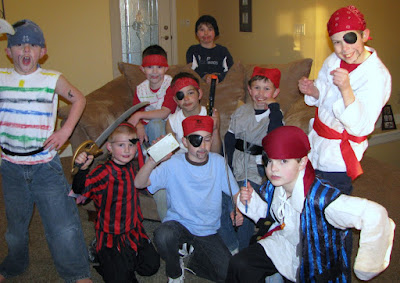 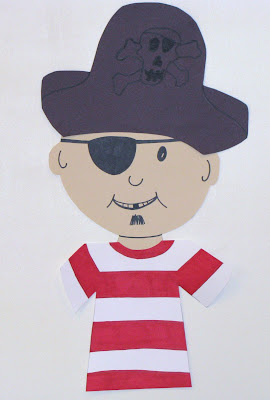 We played pin the eye patch on the pirate and went on a treasure hunt. 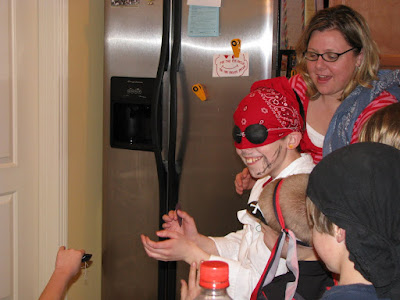 Eventually the 13 or so boys settled down for a movie. 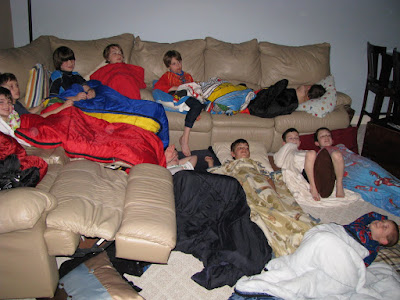 And I have no idea what time the last one fell asleep!

What a fun night that was!


The next day, my parents came to have dinner with Alex and he opened some presents. 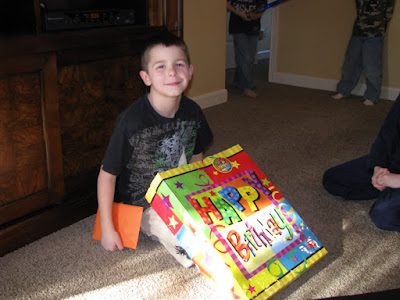 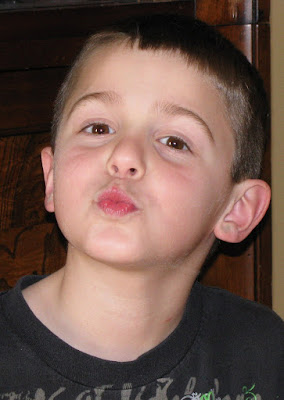 Since Ethan lives so close, he got to come back! 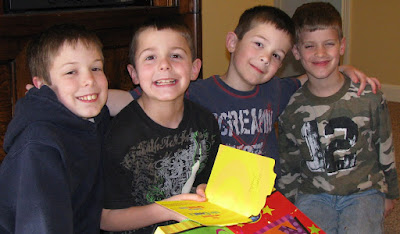 A pirate ship to paint! 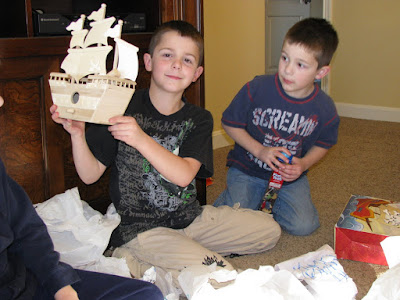 So why not paint a castle too! 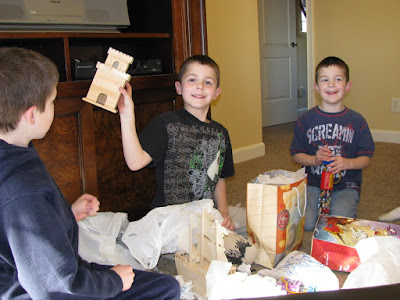