Our Second Day with Stanley

The boys have an assignment to learn what causes a volcano to erupt. We decided to break out one of the experiment boxes sitting on the shelf and build a volcano. Flat Stanley didn't know quite what to think of all this, but he was very excited. The boys didn't want to get their hands dirty! Can you believe that? I think Daddy needs to work with these boys a little more! SHEEZ! 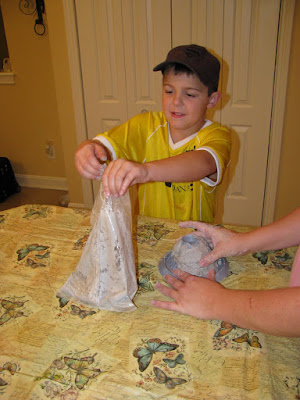 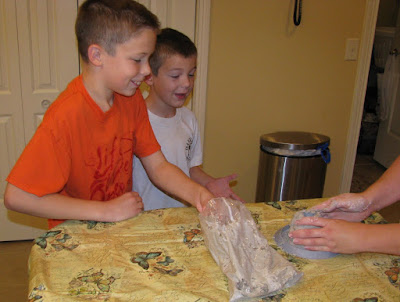 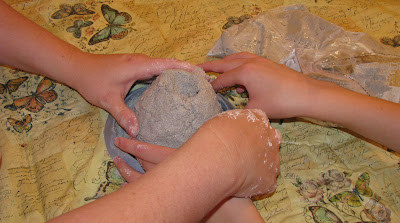 Well, Flat Stanley managed to settle down after the soda escapade. He and Trey were running to change clothes after volcanoe building so we could read and poor lil Trey hit his toe on the coach! As you can see, FS was right there with him, making sure he was okay! 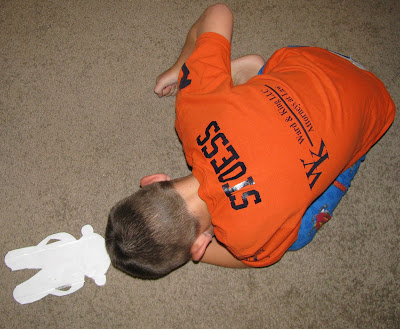 We even caught FS on Alex's bed reading the Bible. He said he was feeling a little bad about all his mischief! 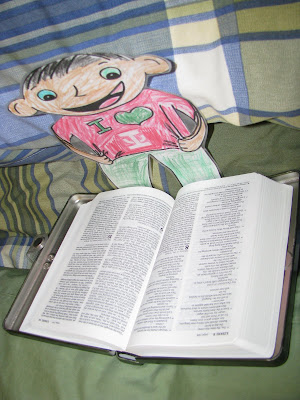 Here he is all cuddled up with Trey as we read about Mount St. Helens erupting. 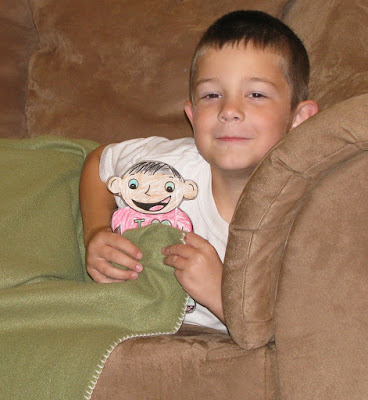 And even when we had finished reading, FS just couldn't stop! Dylan, did you know he liked to read this much? Garrison asked him how he learned to read so well and Flat Stanley said he just kept practicing and practicing. He said he even used to get really frustrated trying to learn how to read, sometimes even crying! But, he said his mom and dad worked with him and finally he got it. Now he loves to read about all kinds of things! We plan to find him lots of books tonight so if he wakes up, he can just read instead of fan flying! 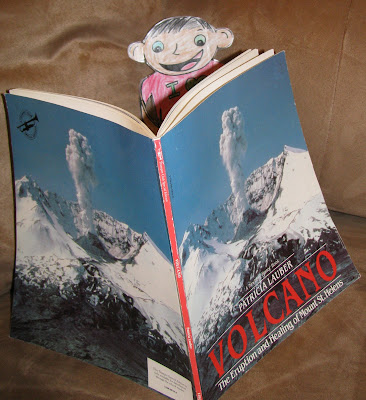 Here is a picture of him while he is waiting for the volcano to harden so it can be painted. 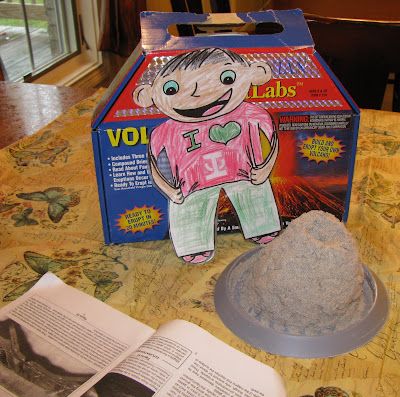 And here he is after it's all done. Next week, he will help the boys make their presentation! He says he loves Science. 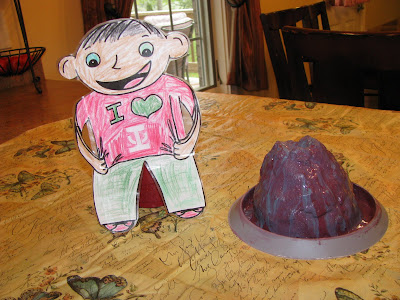 After school, we took a trip to the Ohio River waterfront. Yesterday, Mr. Tom spotted these ships from the bridge. We looked it up online and what do you know? These are replica ships of Christopher Columbus' two ships, the Nina and the Pinta! FS thought this was amazing. He let us know that he likes studying history too. He said it has been really fun visiting so many different places. 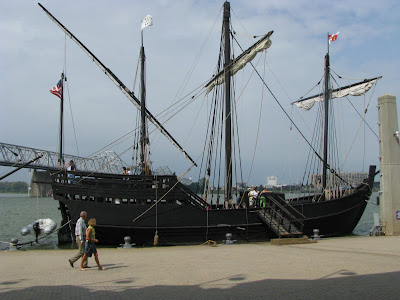 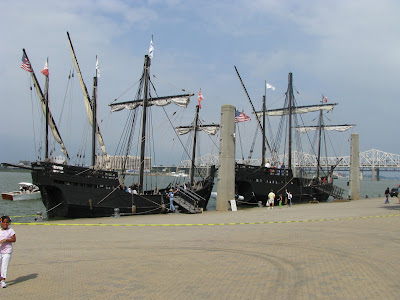 The Nina is to the left. 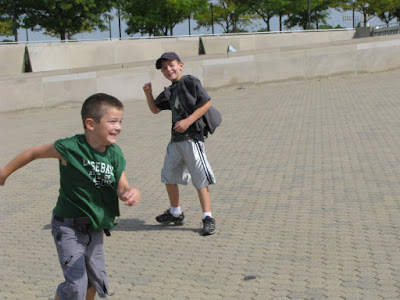 Here they were all running around having fun. 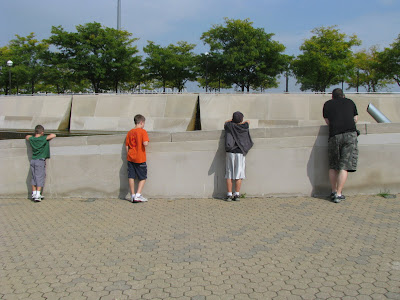 I thought this was a funny picture. It's hard to see FS. He is with Trey. 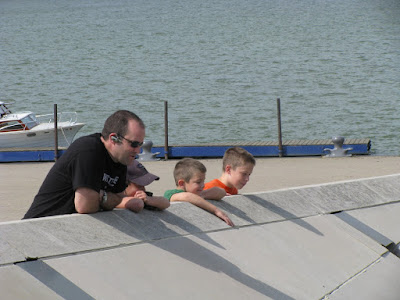 On the way back home, we thought FS would enjoy swinging by the Louisville Slugger Museum and taking a picture with the largest bat in the world! 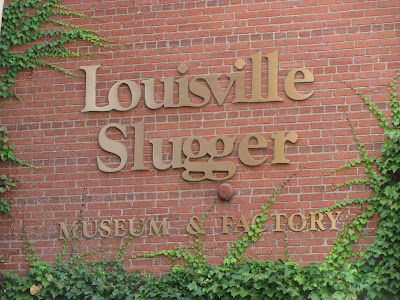 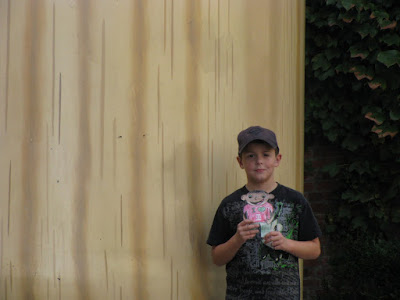 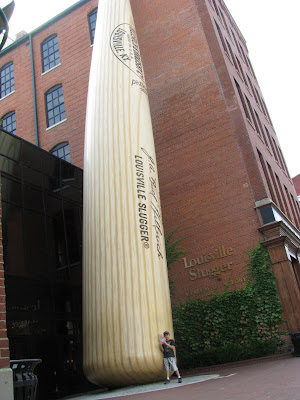 FS thought it was a pretty cool day. He says to tell you hi Dylan and he will see you again soon. We are off to have dinner now and then to see cousin Hadassah's and Julianna's volleyball game.
Posted by Mindy at 4:34 PM